By Far the Best Horsemen in Africa... 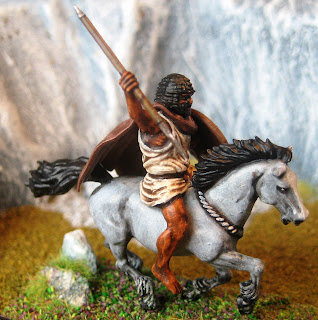 As far as the Roman historian Livy was concerned, the Numidian light cavalry, who served both Rome and Carthage during the Punic Wars, were pretty good at doing what light cavalry do. 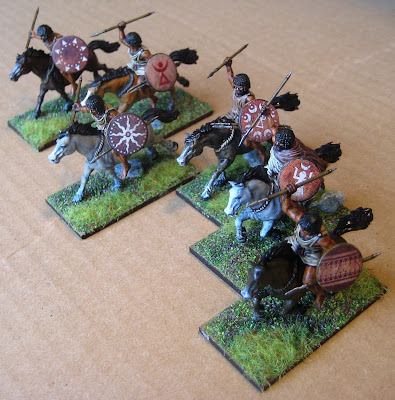 Numidian horsemen were classic light cavalry; riding small agile horses, wearing no armour and using a hail of javelins to rain down on their opponents before, wheeling away to safety and to replenish their weapons ready for another attack. Apart from their agility, their only protection came in the form of a painted leather shield. 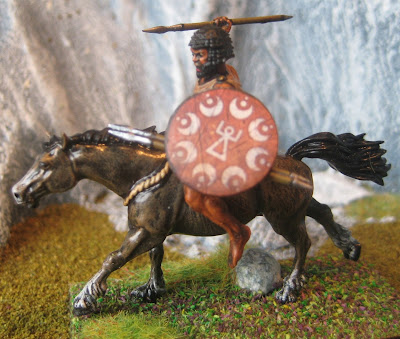 They were superb horsemen, riding without a saddle and controlling their mounts with a rope looped around the horses neck. 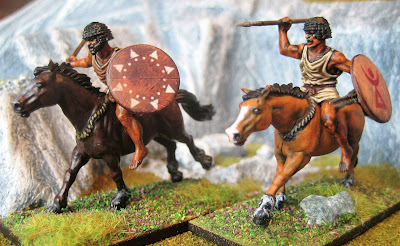 Hannibal used his Numidians to good effect in many of his battles, including Cannae and the Trebbia, but their real value was in gathering reconnaissance and skirmishing in countless small encounters with the forces of Rome. However, it was those Numidian horsemen who "turned the scales" against the Carthaginians at the Battle of Zama in 202BC. 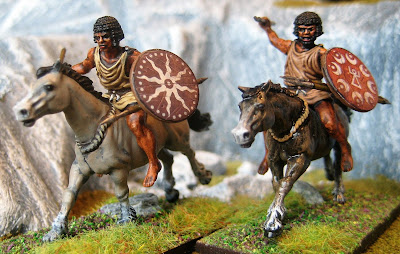 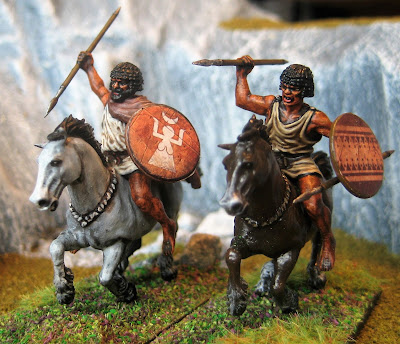 In the Victrix set you get 12 of these brilliant horsemen, which require minimal cleaning up, are easy to construct and a treat to paint, for just under £20, plus your p&p of course. As usual, LBMS do some really nice shield transfers to go with the set, which can be bought from Victrix when you order your troops. They are a definite 10 out of 10 for me, even though there is controversy in some quarters about the hair style used. For ease of painting and sheer vibrancy of character, if you have an interest in the Roman or Carthaginian armies of the Punic Wars, then you really need to consider buying a set or two of these.