Some Post Christmas Ramblings... a long awaited set of skirmish rules, Celts, Numidians and a couple of Elephants!
Well, Christmas 2017 has come and gone and it's time to get the sprues, craft knife and paint brushes out again, although working in my Painting Space, at the back of the garage, is not particularly conducive to the hobby at this time of year. We've had some pretty cold weather (by U.K. standards) this year and, until I get round to sealing the gaps around the window frames, the atmosphere in my designated hobby area is going to remain unhelpfully damp. This unpleasant dampness results in a massively increased drying time for my favoured acrylic paints, which impacts on the way I like to paint, particularly on the Warlord Celts I'm doing at the moment. I've been experimenting with striped and checked trousers and the method I've found that works well involves layering the two colours simultaneously... obviously, this falls apart when the paints take longer than a few seconds to dry! 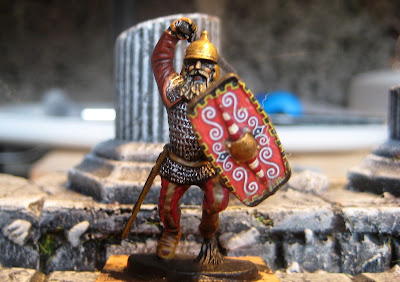 For most of 2017, I had a plan to buy some Victrix Romans to put onto the table top to fight against the Carthaginians that I was painting. Just before I decided to stump up the cash and make a purchase, I stumbled across a horde of Warlord Celtic sprues, that had originally come in a box of Germanic Warriors! I had really enjoyed painting the Germans, so I decided to alter the grand plan and paint up the Celts as Celts(!), so that I could create scenarios where the Carthaginians were emerging from their crossing of the Alps into the North Italian Plains to find the grizzly Celtic warriors waiting to meet them! 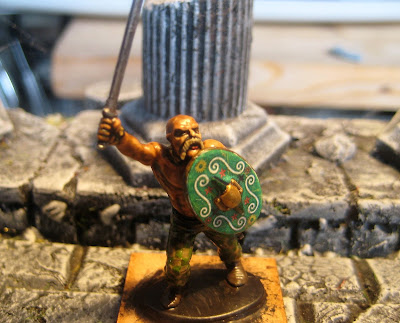 I just feel that the Celts will make much better opposition to the Carthaginians in skirmish level games than the Romans would. I also have a box of Warlord Celtic Cavalry hidden away somewhere in the Painting Space and I like the idea of those guys competing with the Spanish and Numidian cavalry I've already painted. 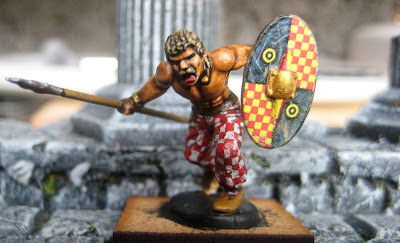 Obviously, not having to shell out £30 to buy the box of Romans is an added bonus from this change in strategy. 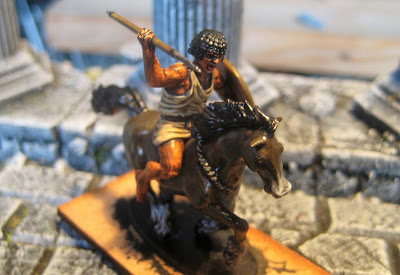 Painting Victrix Numidian Cavalry has been one of the highlights of the year for me. There seems to be a lot of debate about what it is exactly that Victrix have created with these figures, but, as far as I'm concerned, they are simply wonderful Numidian horsemen. I can't say that what little they are wearing or how they have decided to style their hair are historically accurate depictions of the subject, but I absolutely love them. 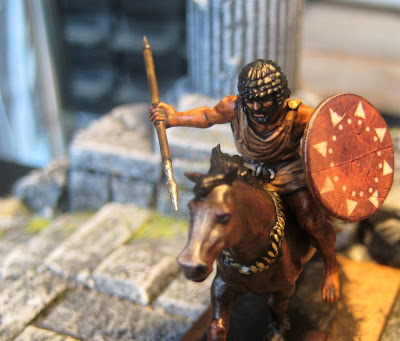 The Numidians are quick to prepare and paint and look like the fierce warriors they were. The ponies are perfect for light, skirmishing North African horsemen and, again, paint up very quickly. 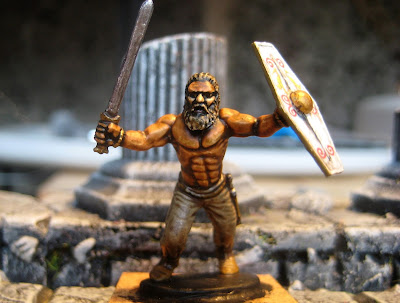 Not all Celts wore stripy or checked trousers by the way!
The other big news of the Christmas season has been the arrival of a pair of Victrix African War Elephants. These were a gift from my favourite person on planet Earth; my wonderful lady and I have been married for twenty-five years and she still manages to amaze me by buying gifts like these. 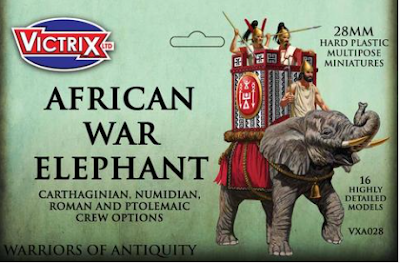 The elephants are still wrapped up in their plastic bag at the moment, but I have spent a long time gazing adoringly at all the gorgeous castings sitting enticingly on their sprues. Painting might be better if I wait until the weather warms up a little, or I get round to sealing those windows frames.
😞😞😞😞😞😞😞😞😞😞😞😞😞😞😞😞😞😞😞😞
Earlier this year, I enquired as to the whereabouts of a set of Ancient Skirmish Wargame rules that I could use to re-fight small actions using all these wonderful Victrix miniatures. In the end, I decided to wait until Victrix published their own set of rules, called Warriors of Antiquity, as they ought to be perfect for use with the company's own range of figures. A tentative enquiry to Victrix in May lead to the advice to be patient, as the rules were to be published "later this year". It seems unlikely that they will appear in the next four days, so I'm still left in the lurch wondering just when the rules will finally arrive on the book shelves.
As I said in my previous post... if anybody has any more up to date news on Warriors of Antiquity, I would be delighted to hear what you know. 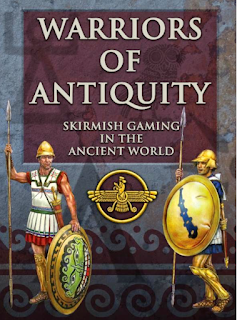